Lake Ridden, a first-person puzzle adventure released by Midnight Hub, follows the story of a pair of estranged sisters who were separated during a camping trip. Players control Marie, a young thirteen-year-old searching for her missing sister, Sophia. In her search around the eerie Lake Ridden, Maria stumbles upon a large estate that holds the secret to Sophia’s disappearance–along with sinister secrets of its own.

Though Lake Ridden is difficult to follow and contains frustrating gameplay mechanics, the beautiful graphics and superb sound design keep players in, along with a well-handled puzzle aspect that contained just enough difficultly to entertain both veteran and casual puzzle players. 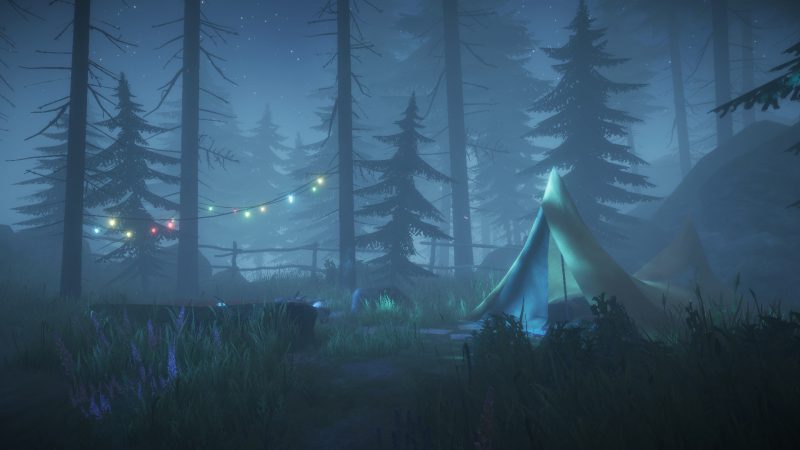 The first hour of gameplay in Lake Ridden sets the game up as a bit tedious. The initial puzzles had simple conclusions, and the story seemed to be heading in a predictable direction of uncovering secrets about the sister as the player gets lost in the woods.

But then Marie finds the estate, and the story steers players in a direction they didn’t anticipate, with increasingly difficult puzzles emerging. A few puzzles required (at least for one player) a handy, dandy notebook to complete without constantly having to run back and forth between a puzzle and its clue. The in-game hint feature was helpful in that it didn’t just reveal the answer to the puzzle but rather eased the player in with passive hints, which could be construed as annoying if you’ve been stuck on a puzzle for a while and all the game has to say is, “Maybe you should try looking at this item a little more closely.”

The developer’s use of environmental cues to guide players in the right direction worked wonderfully. Furniture and various debris were arranged in a room or area to show players the correct way to go without clearly shouting, “Go this way.” A light was placed next to every possible note, every possible hint and clue and puzzle, so if players ever felt lost or confused, all they had to do was look for a light. However, there were lights scattered throughout the game, so not every light meant a solution to a puzzle; it could have simply been a way to get back home.

Because, in this game, you really needed help getting back home. 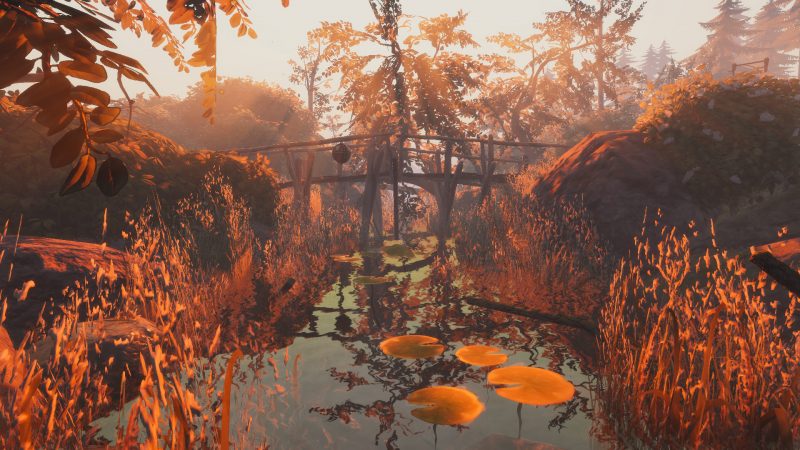 The graphics may be beautiful, lighting and tone building a perfect balance of creep and comfort, but with no map feature and a lot of estate to explore, players can easily get lost, or frustrated, or bored as they walk around. Despite how gorgeous the dead trees look–almost as if they are trying to grab you–or how serene the light appears shining through a balcony, if a player is forced to walk around the entire map and expected to remember every nook and cranny and path they’ve followed, who’s house is who’s, who’s room is where, some frustrations are bound to arise. Especially with how much time is spent in this game walking. Perhaps that aspect might not have been so annoying if there was a way to know where to go without having to light every single light.

Despite the frustrations of having to walk more than anything else done in this game, the sound design makes some of the downtime worth the trek. The game suggests wearing headphones during the course of play, and I agree. The background tones were subtle and comforting, and if you ventured too far off a path, the sounds would turn sinister, making players want to get back on track lest they suddenly die in the woods. Rain sounded like it was right outside, footsteps satisfied whatever part of me feels satisfied hearing footsteps on hardwood floor, and drawers opening and closing made me feel at home. 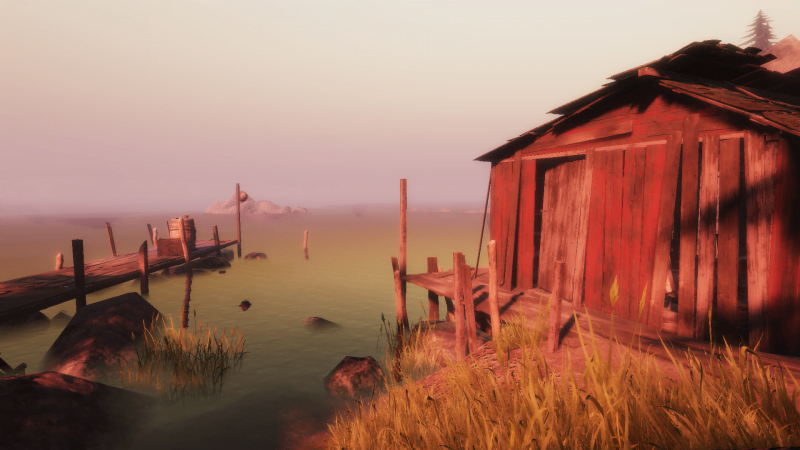 But not everything was happy graphics and good sound.

Though Lake Ridden is short enough to complete in one sitting (albeit a long one), the saving aspect might have been improved by giving players the option to save by themselves just in case they can’t play the game all in one sitting. Toward the beginning of the game, Lake Ridden only saved after each puzzle was completed or from walking into a new area. But there were a few times where I had made substantial progress in a puzzle but had to leave the game for a while, and when I returned, I had to redo all my progress, sometimes even had to re-walk to the area, re-light my lights, and start over because I hadn’t solved the puzzle yet. Another time, I had phased through the floor of a tree house, and the only way to get unstuck was by exiting the game and starting over at my last checkpoint–a checkpoint (what felt like) miles away from where I was. The end of the game saved more often (and by then I was invested enough to not leave frequently), but having a manual save option would have been nice.

Another mechanic that could have been improved–or more accurately, removed altogether–was the dialogue options. After the first chapter in the game, Marie suddenly isn’t the only person in the game. She begins interacting with a disembodied voice, a girl named Nora, who asks a lot of questions and gives a lot of riddles. Upon first meeting Nora, the player is given two dialogue options: two different questions. There’s even a timer counting down to force players to make a choice in a short amount of time. The order of the questions didn’t change Nora’s answers. And the timer was pointless, because if a player decides to let the timer run out, Marie just defaults to one of the dialogue options.

In most games, dialogue options either change the way another character treats the player or changes the course of the ending. But Lake Ridden only has one ending, and the other characters don’t treat Marie any different just because she’s asking questions that she would ask anyways without the player having to choose for her. There was only one instance where one of the two questions I could have asked wasn’t asked by the end of the conversation, and nothing had changed. Why give players the option at all if it only gives the illusion of choice? 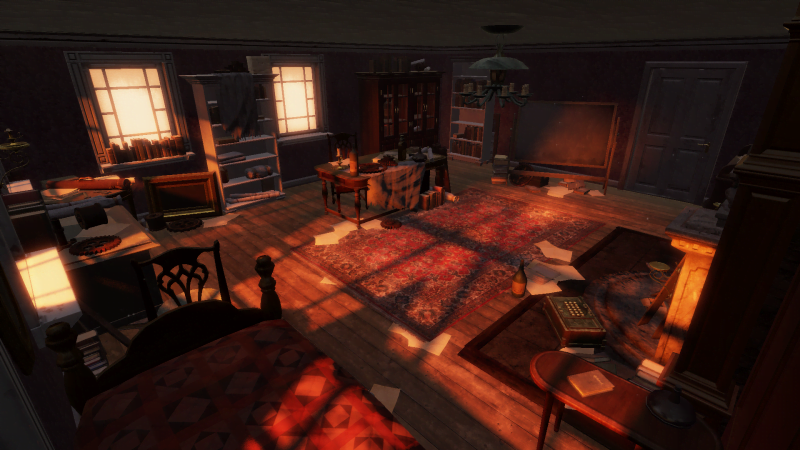 As soon as Nora is introduced to the players, suddenly more characters start appearing, and it’s hard to keep track of them all. There’s only one voice actress, and she only changes her inflection for each character. Suddenly, instead of just Marie and Sophia to keep track of, the player now has to distinguish between upwards of ten different characters, and the only thing they have to help them differentiate is different handwriting, different voice inflections, and different names. Trying to concentrate on the story becomes difficult when you can’t even keep the key players straight.

What’s more is that it’s hard to say whether this tactic is intentional or not. Marie is a thirteen-year-old, practically a child. The game is supposed to make you feel isolated and alone in an unknown world. Perhaps the reason players never see any people except for in pictures is because the developers want players to feel as alone as Marie. Perhaps it’s supposed to be hard to distinguish between adults because children sometimes do have a hard time distinguishing between adults. Perhaps players should feel lost and confused because that’s how Marie is supposed to feel.

But, because it’s unclear whether players should be feeling this way, perhaps the writers didn’t do a well enough job setting the scene, and the poor differentiating is, in fact, a flaw of the game. 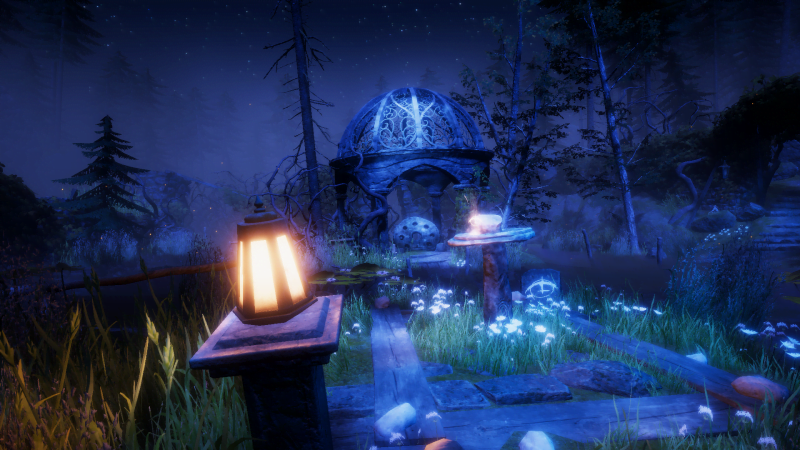 Despite the flaws, Lake Ridden was a fun puzzle game. The graphics, sound design, and mostly challenging puzzles well made up for the fact that the story was sometimes hard to follow and a few of the game mechanics were frustrating or pointless.

Though Lake Ridden is difficult to follow and contains frustrating gameplay mechanics, the beautiful graphics and superb sound design keep players in, along with a well-handled puzzle aspect that contained just enough difficultly to entertain both veteran and casual puzzle players. 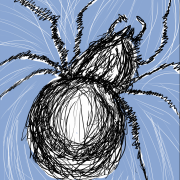 After moving from Wyoming to Southern Utah, Jordan has come to love the sun and miss the snow. When she isn't reading YA lit or rewatching Bob's Burgers, she can be found enjoying indie horror games and then writing about them.