From the outset, players are moving at a mind-numbing pace, and careening around brightly lit tracks filled with traps, boosts, and other racers. The game will inevitably draw comparisons to F-Zero but doesn’t quite live up to the level of that series. 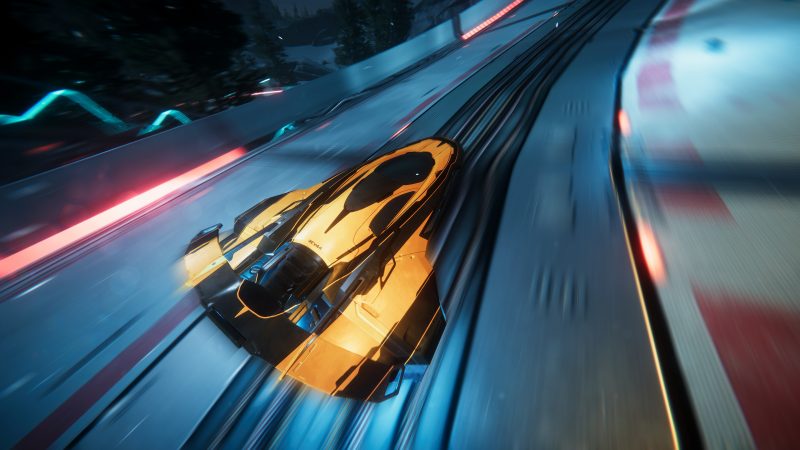 One of Antigraviator’s biggest strength comes in its ease to pick up and play. Like old arcade racers, there’s a simple campaign, single-race modes, and most importantly, local split screen. Racing against AI at breakneck speeds is already a challenge at the beginning but throwing in three other human players can lead to some downright chaotic laughs. This hectic pace makes the player feel like an expert even when they are just starting out and creates rewarding moments when they’re able to negotiate a particularly tricky piece of track or overtake an opponent at the last minute.

Coupled with high speed, Antigraviator also presents players with a series of traps that can be triggered along the map, ranging from aerial barrages to massive cubes dropping into the middle of the track. While the traps themselves are interesting, their use is limited to fixed points throughout the race. Players can’t hold onto these sabotages for the opportune moment, and instead are forced to make split-second decisions when they pass over the trigger. This mechanic is interesting, but in the end feels limiting, and as a result, the traps don’t offer balance like they might in other racing games. For example, if first place is far beyond second, there’s not a whole lot the player can do other than hope the leader makes a mistake. It would have been nice to see traps that could be saved to help level the playing field later and keep the breakaway victories from happening so easily.

While traps are limited to specific areas of a given map, they do fit very well with the game’s aesthetic. Antigraviator has five worlds representing biomes from Tundra to Desert, and each has a handful of courses that feel unique. Each of these worlds looks incredible, and even as the scenery flies by, it’s hard not to appreciate the attention to detail. Coupled with the pulsing lights, laser traps, and the sight of other racers shooting by like bullets, Antigraviator nails the look and feel of a futuristic racing tournament. 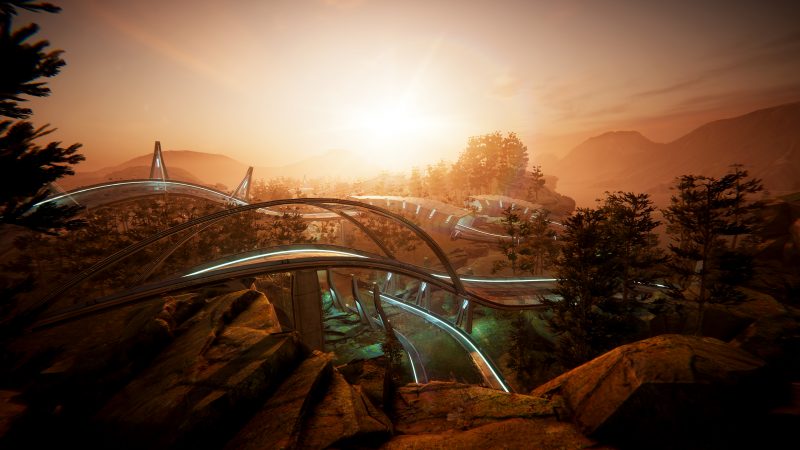 With all the attention to detail in the maps and general aesthetic, it’s sad to see the vehicles not receiving the same treatment. For the most part, racers in Antrigraviator look very similar. Everyone drives a small, bullet-like vehicle that can have custom colors, and a few variable functional pieces that slightly modify appearance. While it makes sense that these vehicles would be optimized for speed, it still would have been nice to have them stand out a bit more from each other. 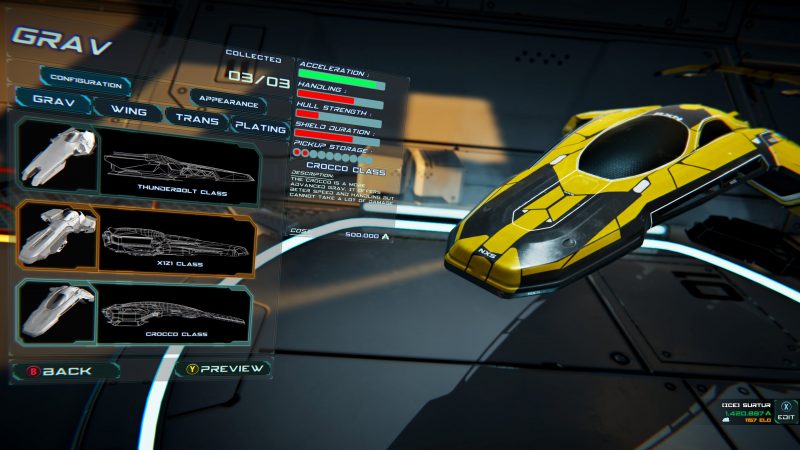 Finally, the game offers a few modes ranging from a traditional race to an elimination challenge where last place at the end of each lap is removed. Unfortunately, the modes don’t end up feeling that distinct as far as strategy to conquer them. In the end, it all comes down to being the fastest racer, and that doesn’t really change depending on the mode you’re playing.

Antigraviator absolutely gets the look and feel of racing right. The controls are fluid, easy to learn, and will have new players racing in no time. While fun for a little while, after a few hours, the game can start to feel repetitive and basic. The customization options are limited, traps aren’t useful most of the time, and after a while, each race starts to feel like the same old thing. The game does offer a variety of modes, but they aren’t distinct enough from one another to offer a new level of replayability to the experience. Overall, those looking for a quick, split-screen racer could do a lot worse. Antigraviator is fun, beautiful, and easy to learn, but isn’t likely to hook players for an extended period of time.

Overall, those looking for a quick, split-screen racer could do a lot worse. Antigraviator is fun, beautiful, and easy to learn, but isn’t likely to hook players for an extended period of time.